Angus Towers, General Manager of Adam Purves Galashiels Ltd, was the winner of the recently held National Guild of SPAR Grocers Annual Golf tournament. This involved Angus qualifying at the Regional Golf Day held at Gleneagles in June, with the final being played at Hanbury Manor, just outside London.

Angus is a keen  golfer with a 13 handicap, and enjoyed the final at Hanbury, venue for the wedding of celebrities such as the Beckhams. “The set up was fantastic, with the course laid out within the grounds of the hotel. The greens were as good as any I have played on.” enthused Angus , “having a practice round the day before the competition helped, as I knew where the flags were positioned.” The Scottish Guild Team were pipped in the team competition by the Guild of Ulstermen. “It was an honour to represent the Scottish Region, and to win the Cup in the first year I have played in the final , and in SPAR’s 60th anniversary, makes it all the more special”.

The finalists enjoyed a Gala Dinner on the eve of the tournament with guest speaker being the recently retired Cricket commentator Henry “Blowers” Blofeld. Prior to teeing off the golfers were treated to an exhibition from the World Long Driving Champion Joe Miller. His 400 yard drives were jaw dropping, and the 220 yards he hit with his putter just as impressive.

Adam Purves have had a SPAR shop in their Wilderhaugh Service Station, Galashiels, for over 4 years.

Opposite is a picture of Angus receiving the trophy from Joe Miller, World Long Driving Champion. 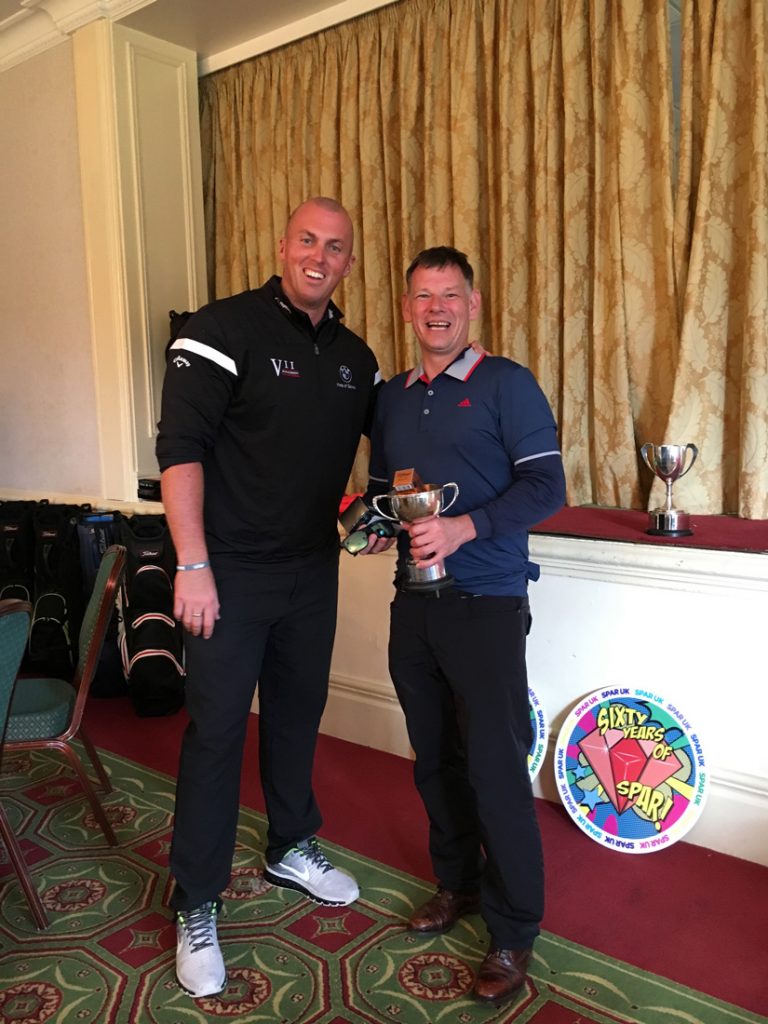